Sam Schmitz
"MOD Rocket is a water-powered modular rocket kit. MOD rocket features a control station where users can pressurize the launcher and trigger the launch. Rockets are customizable for experimentation."

I took a class called "toy product design" at the University of Minnesota, taught by Barry Kudrowitz. It was my favorite class by a long shot, and this was our project! I designed the product and lead the team on construction of the prototype.

The main body was a polycarbonate cylinder that would be pressurized with a small air compressor. A valve would control the path of the air to either flow directly to the rocket body, or to flow through a reservoir filled with water causing it to fill the rocket. This allowed the operator to fill up the rocket with water using one button on the controller, and then press another button to launch. This would pressurize the cylinder to over 100 PSI and then initiate a countdown on the controller. Another press of the button sent the rocket soaring.

The rocket featured many different nose cones, fins, body sections, and attachments stored in the side flaps of the toy's base. Each cone also held a small altimeter, and the idea was that kids would be able to learn how different attachments affected the performance of the rocket. We had to feature the most absurd ones for the picture of course, but some of them did actually increase launch height by controlling the fluid stream better or making sure the rocket stayed upright during acceleration. 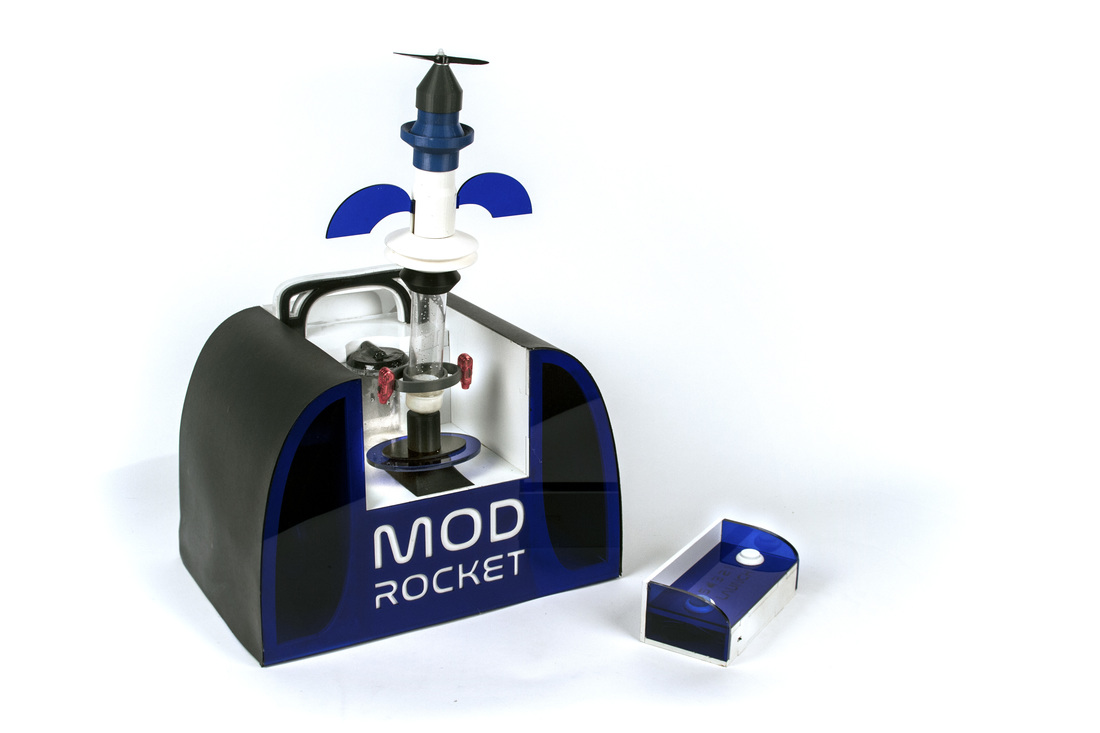 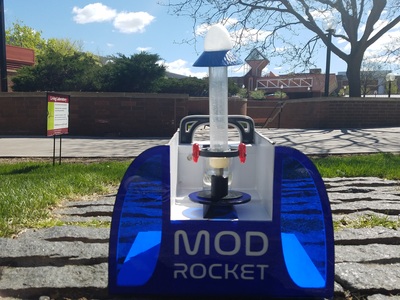 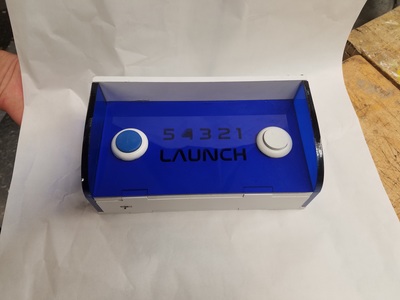 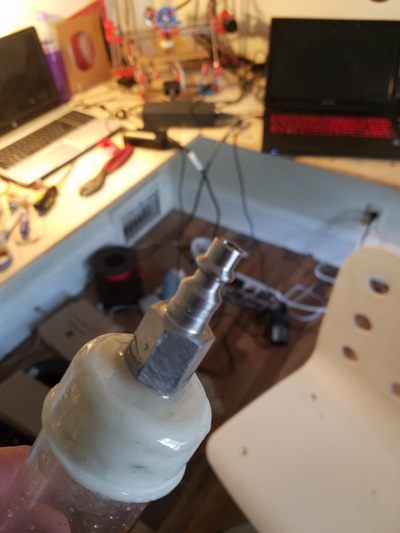 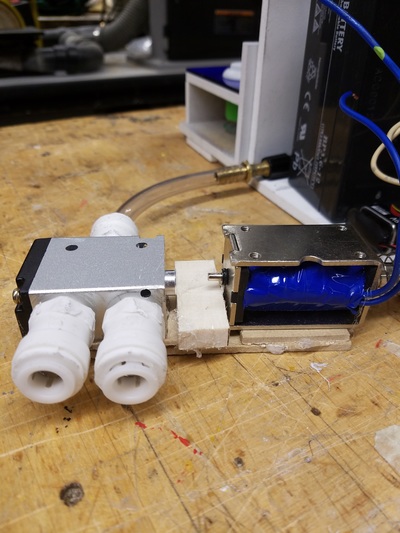 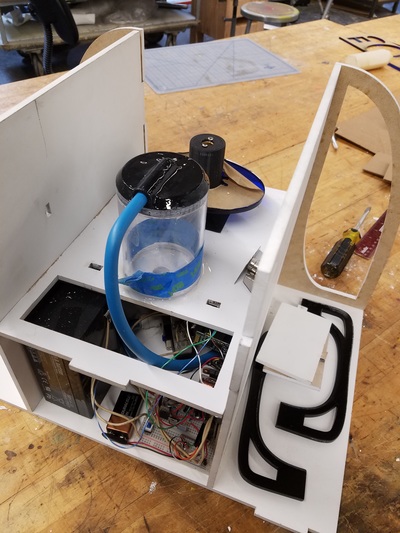 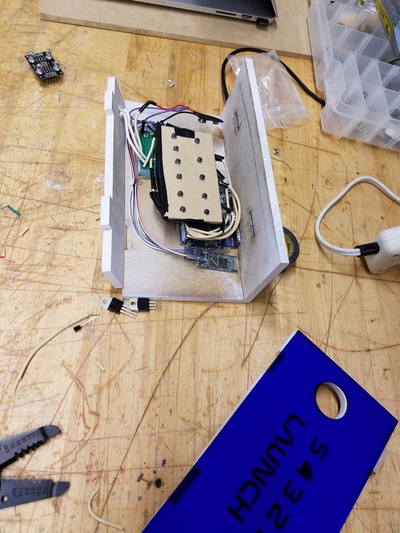 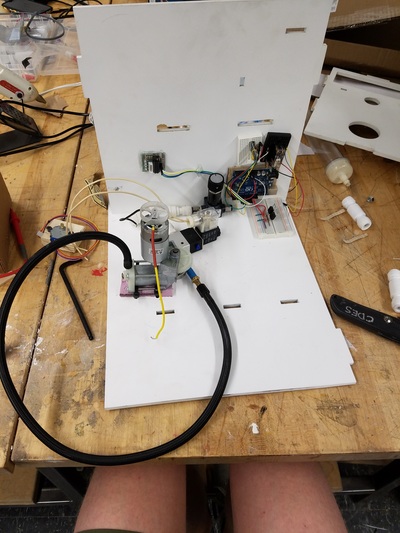 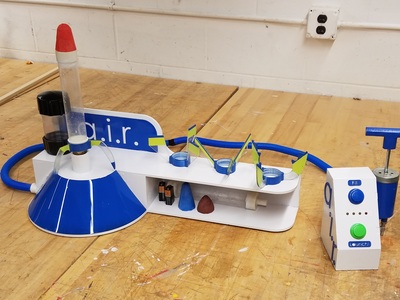