Sam Schmitz
In the summer of 2015 I was contracted to make a prototype for a startup called CreatiCube. Their goal was to build a modular playhouse with many different attachment pieces and themes that could easily be assembled by kids. The first prototype (shown in the video below) took about a week and was for visual purposes only.

The second prototype needed to be much sturdier and very close to the actual product: it was to be used in ethnographic research at daycares and schools to see how children interacted with it. I designed a foam composite product as seen in the pictures below. It was sturdy enough to jump on, had whiteboard surface all around the inside, and was easily taken down and rebuilt in a matter of minutes.

I was also contracted to make renderings of the product for marketing and demonstrative purposes as shown at the bottom. I designed the exterior attachment pieces in Solidworks and did all the renderings using Solidworks' Photoview 360. I'd prefer to use a real rendering engine like 3DS MAX/Vray, but given the budget they were happy with anything more than a screenshot.

I also thought about how to mass-produce these and I believe I found a great low-volume production solution for something like this. Unfortunately the company's Indigogo campaign was unsuccessful so I'm keeping it in my back pocket for now. 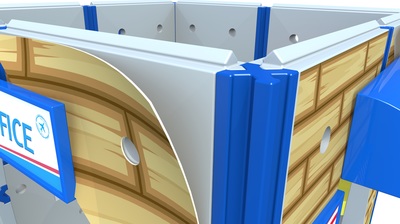 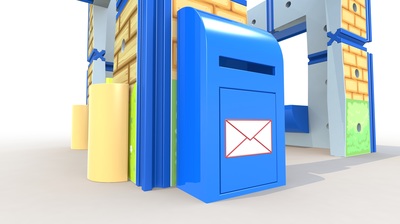 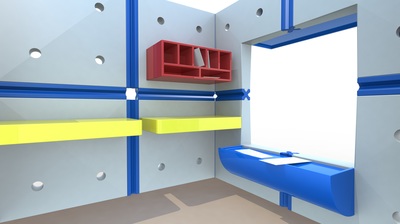 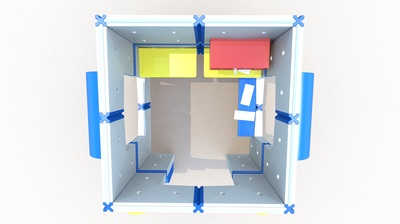 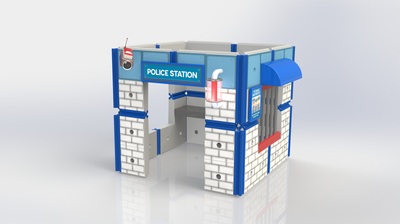 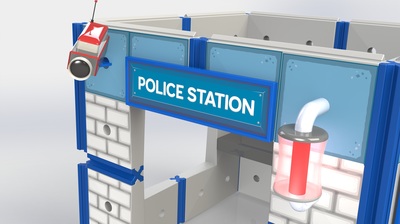 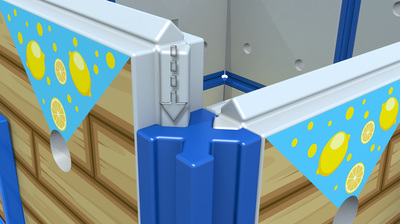 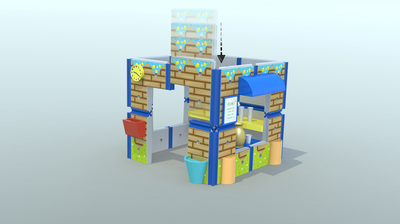